Haganai: I Don't Have Many Friends vol. 8 is volume eight of the Boku wa Tomodachi ga Sukunai manga series. This volume features Sena Kashiwazaki on the cover.

Kodaka's life hasn't been easy since joining the Neighbor's Club. Getting dragged into a conversation by another strange nun was the last thing he needed. Then again, her advice seemed sound, until he discovered she was seriously twisted. Now her close ties to another member of the club will make it even harder for Kodaka to escape her.

At this point, however, Kodaka is used to not being in control of his destiny. Whether it's studying with Sena (and discovering an unnatural obsession!), or having Maria invade his home to fight with Kobato, Kodaka's learned to go with the flow. Of course, this may not be the best approach to life, especially when it seems like other people are calling the shots for him!

We've reached volume 8 of the Haganai manga! I just realized that I've been writing this for three years now. We've still got a ways to go, but I'll do my best to make sure you keep enjoying it. I hope you stick around for the long run! - Itachi 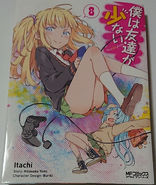 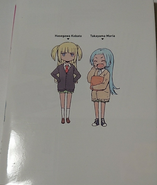 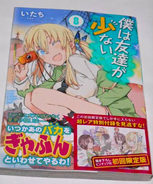 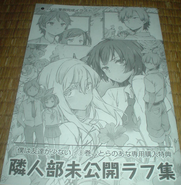 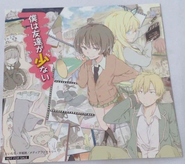 Illustration card
Add a photo to this gallery
Retrieved from "https://haganai.fandom.com/wiki/Haganai:_I_Don%27t_Have_Many_Friends_vol._8?oldid=24155"
Community content is available under CC-BY-SA unless otherwise noted.